Here are five things you need to know about the coronavirus pandemic this Wednesday evening. We’ll have another update for you tomorrow morning.

1. Plans for ‘as close to normal as possible’ Christmas

Ministers are working on plans to relax coronavirus restrictions to enable families to celebrate Christmas together . Susan Hopkins, a government medical adviser on Covid, said they wanted Christmas to be “as close to normal as possible”. BBC health correspondent Nick Triggle said any rule changes are likely to be for a limited time, perhaps for a few days. But the final decision on Christmas gatherings is not expected to be made for a few weeks, until the impact of the lockdown in England can be seen. All four UK nations – England, Scotland, Wales and Northern Ireland – are trying to work out a common approach to Christmas so families spread across the country can still meet up. The UK recorded 19,609 new confirmed cases on Wednesday and 529 deaths.

There’s been more positive news about coronavirus vaccines, after Pfizer and BioNTech released more data which suggested their vaccine is 94% effective in over-65s . It appears to work equally well with people of all ages and ethnicities, according to the new data. The companies earlier reported data suggesting the vaccine had an overall effectiveness rate of 90%, but it was not clear if it was as successful with the most vulnerable people. With no serious safety concerns reported, Pfizer and BioNTech said they will now apply for emergency use of the jab in the US. Moderna is also applying for approval for its vaccine , which early data suggests is 95% effective. 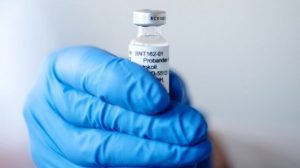 “Nothing like personal experience of your own products,” was the wry reaction from NHS Test and Trace head Dido Harding when her Covid-19 app flashed up the instruction to self-isolate . Baroness Harding said she is “feeling well” and expects “many hours of Zoom ahead” as she continues to work remotely. It comes a week after her husband, Tory MP John Penrose, was told to self-isolate by the app, and as Prime Minister’s Questions was held by video-link for the first time after Boris Johnson came into contact with another MP who later tested positive. NHS England medical director Stephen Powis also joined the list of those self-isolating, after a member of his household tested positive. Read more on the rules for self-isolation.

After criticism from a spending watchdog, the prime minister said he was “proud” of the way the government obtained supplies of personal protective equipment (PPE) for the NHS. Labour leader Sir Keir Starmer had questioned him over a report by the National Audit Office which said suppliers with political connections were 10 times more likely to be awarded contract s. He also pressed the Boris Johnson on a BBC report that £21m had been given to a Spanish businessman who acted as a go-between . Mr Johnson said: “I think it is extraordinary he attacks the government for securing PPE in full quantities.” 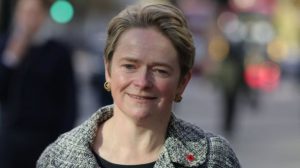 The south-west of England has seen the biggest rise in house prices over the past year, as the pandemic and work-from-home policies have encouraged more people to look at rural locations. House prices in the region rose by 6.4% in the year to the end of September, compared with a UK average rise of 4.7%, the Office for National Statistics said. Estate agents said the market was being driven by the “race for space”, with prices of detached houses also increasing by 6.7% in a year. Meanwhile, London saw its slowest year-on-year growth in rental prices since March 2017, with a rise of just 0.9%.

Get a longer daily news briefing from the BBC in your inbox, each weekday morning, by signing up here. 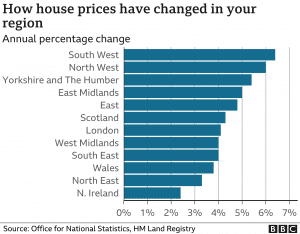 You can find more information, advice and guides on our coronavirus page .

And as vaccine results make the headlines, you can read more about what vaccines are in development and how they work here .